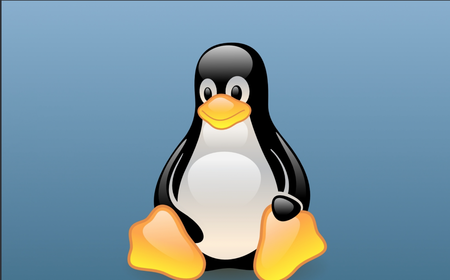 Moving on to Linux for Web Dev.

As a chronic windows user, a couple of months ago i made the decision to switch to Linux for my personal computers. Since i got into web development I have always used Linux servers but my own computers have always run Windows. I had messed around in the past with installing Linux dual boot, VM's, WSL and live removable drives. But something always felt a little bit off.

So this is a detail of my little journey so far and what my experience has been with Linux on my own computers.

First of all, behind every move there needs to be a reasoning. Mine was that although i could handle my day to day work flow on a server. I always wanted to understand the OS of the computer on a deeper level and gain more even more experience with Linux and improve on my skill set. The drawbacks for me personally where not that many, i dont game anymore ( I just get addicted and my productivity goes to 0 ) so there's that one big argument that most people have against it.

Choices, so many of them..

Arch, Manjaro, Mint, Kali, Pop Os, Centos, Debian and so many more... I decided that i needed to go and use something that was really stable and i was famiuliar with.. I always worked with CentOS and Debian servers, so something on the Debian branch seemed like the option. Since I didnt want to move to a different package manager... YET. Although a lot of people say pacman is superior to apt.... and that something i have no opinion on. My main thing against Arch was that i do not want to dive head into to something that needs a ton of customizations on set up before i get to use it.

So Debian was a little too dry for me, as far as bundle software goes (seriously i dont want to have to download software for my printscreen button) . The other choices were Ubuntu and Pop OS. Ubuntu is made by Cannonical and comes with a shit ton bundled software, which this time around is on the complete other end of the spectrum and is quite a lot. So Pop OS it was...but was it?

Here is the deal right, the GNOME desktop experience......is something that is not my cup of tea. GNOME is quite heavy (on the context of Linux) and i just didnt want it. So a did a bit of research and found KDE. which was another desktop enviroment, i could swap GNOME out and use KDE, but i decided to go witth Kubuntu.

Kubuntu for me was the sweet spot. I get a Debian based distro, that comes with a decent amount of bundled software, which is not bloated and i have a quite customisable yet close to what i am used to enviroment with KDE.

The experience so far.

It took me a couple of weeks to get used to the new set up. Learn those desktop shortcuts, set up my virtual desktops and dock. I all honesty i feel 100% like home and comfortable using my computers as they are. I miss nothing. All my tools are there, and since i know exactly what i want, a package manager is quite the time saver for me. To add a cherry on top, when learning a new technology, I actually get to practise the setup on my local machine before i go out and try to implement it on server.

That being said, it does not mean that i do not have some criticisms for Linux. After all i am in a very small percentage of computer users out there that use the computer as a tool.

What are those criticisms? Well, that will be a topic for another article.

Thanks for reading!, George